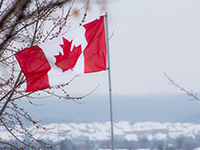 Canada is occupying most of northern North America, extending from the Atlantic Ocean in the east to the Pacific Ocean in the west and northward into the Arctic Ocean. It is the world’s second largest country in the world by total area, and shares land borders with the United States of America to the south and northwest. The land occupied by Canada was inhabited for millennia by various aboriginal people. Beginning in the late 15th century, British and French expeditions explored and later settled the Atlantic coast.

France ceded nearly all of its colonies in North America in 1763 after the seven years war. In 1867, with the union of three British North American colonies through confederation, Canada was formed as a federal dominion of four provinces. This began an accretion of additional provinces and territories and a process of increasing autonomy from the United Kingdom, highlighted by the statute of Westminster in 1931, and culminating in the Canada Act in 1982 which severed the vestiges of legal dependence on the British parliament. 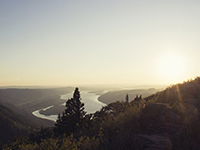 A federation now consists of ten provinces and three territories; Canada is a parliamentary democracy and a constitutional monarchy with Queen Elizabeth II as its head of state. It is a bilingual and multicultural country with both English and French as official languages at the federal level. Technologically advanced and industrialized, Canada maintains a diversified economy that is heavily reliant upon its abundant natural resources and upon trade, particularly with the United States with which Canada has had a long and complex relationship.

From whale-watching in Victoria to skiing the slopes of Whistler, today-hiking in Banff, canoeing the Red River, to shopping on Yonge Street. downtown Toronto, to “antiquing” to in Quebec City to lobster fishing in Halifax, to dog-sledding in Tuktoyaktuk – Canada has a great exploration around every corner! Spanning over 7000 kilometers from Vancouver to Newfoundland, Canada offers unique experiences and travel opportunities within each region. Whether you are visiting from the other side of the world or simply looking to see more of your own country, Canada is a traveler’s paradise! The second-largest country in world (after Russia); strategic location between Russia and US via north polar route; approximately 85% of the population is concentrated within 300 km of the US/ Canada border. 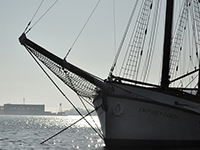 As an affluent, high-tech industrial society, Canada today closely resembles the US in its market-oriented economic system, pattern of production, and high living standards. Since World War II, the impressive growth of the manufacturing, mining and service sectors has transformed the nation from a largely rural economy into one primarily industrial and urban.

Real rates of growth have averaged nearly 3.0% since 1993. Unemployment is falling and government budget surpluses are being partially devoted to reducing the large public sector debt. The 1989 US-Canada Free Trade Agreement (FTA) and 1994 North American Free Trade Agreement (NAFTA) (which included Mexico) have touched off a dramatic increase in trade and economic integration with the US. With its great natural resources, skilled labour force, and modern capital plant Canada enjoys solid economic prospects.

Want to join the discussion?
Feel free to contribute!